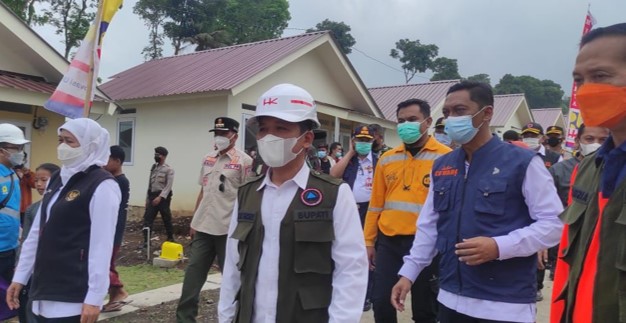 PT United Tractors Tbk (UT) has completed 40 units of temporary housing in the location affected by Mount Semeru eruption, precisely in Candipuro Village, Lumajang Regency. The Phase 1 construction has been directly inaugurated on site by Governor of East Java and Regent of Lumajang.

The phase 1 construction which has been completed and phase 2 which is currently on progress, will be handed over to the affected residents who have resided for approximately five months in refugee camps.

UT hopes that these temporary houses could provide decent and safe home for the affected residents.