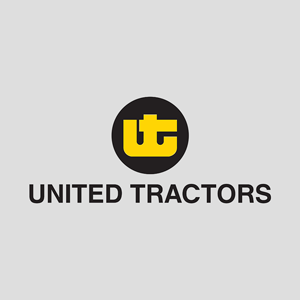 Business competition is every day’s reality not only among individuals or corporations but also among countries. The business competition should be addressed with hard work and efficient system. Bearing this in mind, the government of Indonesia has initiated to build the Bonded Logistics Centers (Pusat Logistik Berikat / PLB) serving as multi-function logistics warehouse for import and local goods by withholding the import duty and exempting value the added tax (PPN) and enabling operational flexibility. President of the Republic of Indonesia Joko Widodo officially opened the PLB in March 2016.

The legal basis for construction of the PLB is the Government Regulation (PP) No. 85 year 2015 on the amendment of the PP No. 32 year 2009 on the bonded warehouse and the amendment of the Finance Minister Regulation (PMK) No. 272//PMK.04/2015 on the bonded logistics center. The PLBs are located across Indonesia and they comprise multiple products, from automotive to industrial raw materials.

As a company constantly improving its service for the customer, UT also utilizes this facility. Registered as one of the companies in the PLB, UT now owns two bonded locations, which were chosen to reach out its customers, in Balikpapan, East Kalimantan and Cilincing, North Jakarta.

The presence of the PLB can facilitate logistics process by cutting the trade chain.  The product, initially to be exported, is diverted for the home market, shortening customer’s lead time for heavy equipment or spare parts needed. Customers also enjoy the benefit from exempted VAT (value added tax), getting heavy equipment and spare parts at more affordable prices.

United Tractors Recorded Consolidated Net Revenue of Rp 22.6 Trillion for the First Half of 2016

PT United Tractors Tbk (“the Company”) today announced its consolidated financial statements for the the first half of 2016. In the report, the Company recorded consolidated net revenue decreased by 10% to Rp22.6 trillion compared to Rp24.9 trillion in the same period in 2015. Declining sales and profit margin, added with foreign exchange loss, resulted in lower Company’s net profit which was recorded at Rp1.9 trillion, down 46% from Rp3.4 trillion.

Construction Machinery segment until June 2016 recorded a drop in Komatsu sales volume by 25% to 1,036 units from 1,375 units in the same period in 2015. The decrease in sales of heavy equipment occured in all sectors, except in construction sector which continued to show an increase. However, Komatsu is still ranked as market leader in heavy equipment with 34% domestic market share (according to internal market research). In line with decreasing sales of heavy equipment, the revenue of spare parts and maintenance services decreased by 10% to Rp2.8 trillion. Overall, total revenue of Construction Machinery segment recorded a decrease to Rp6.9 trillion or down 6%.

The Company operates its Mining Contracting segment through PT Pamapersada Nusantara (“PAMA”) which recorded a 22% decrease in net revenue of Rp11.6 trillion during the first half of 2016 compared to Rp14.7 trillion in the same period 2015. PAMA also recorded a decrease in coal production volume by 4% from 52.0 million tons to 49.8 million tons, while overburden removal was down 9% from 373.7 million bcm to 339.2 million bcm.

The Company’s Mining segment was operated by PT Tuah Turangga Agung. Total coal sales volume during first half of 2016 increased by 58% to 4.5 million tons, compared to 2.8 million tons in the same period in 2015. This has caused an increase in revenue of Mining business by 35% to Rp3.2 trillion from Rp2.4 trillion.

The Construction Industry segment was represented by PT Acset Indonusa Tbk (“ACST. In the first half of 2016, ACST booked net revenue of Rp944 billion and net profit of Rp33 billion. As of June 2016, ACST succeeded in acquiring new contracts amounting to Rp2.4 trillion. To support the growth of this business, ACST has raised capital of Rp600 billion, through rights issue in June 2016. The proceeds will be used for working capital and capital expenditures.

Appointed member of the Board of Directors of the Company for the term of office 2016-2017, as follows:

PT United Tractors Tbk (“the Company”) today announced its consolidated financial statements for the financial year 2015. In the report, the Company recorded consolidated net revenue during 2015  decreased by 7% to Rp49.3 trillion compared to Rp53.1 trillion in 2014. The continuance decrease of coal price has led the Company to assess the carrying value of its coal mining properties and other related assets. The net impact of the impairment loss charged to profit after tax was Rp2.6 trillion (2014: Rp1.5 trillion). These factors have led to a decrease in Company’s net profit, which was recorded at Rp3.9 trillion, down 28% from Rp5.4 trillion in 2014. Excluding the impact of  impairment loss recorded in relation to coal mining properties and other related assets, the Company recorded net income of Rp6.4 trillion (2014: Rp6.9 trillion) or 7% lower.

The Company operates its Mining Contracting segment through PT Pamapersada Nusantara (“PAMA”) which recorded a 9% decrease in net revenue of Rp30.5 trillion compared to Rp33.5 trillion in 2014. This result was due to decreased coal production volume by 4% from 113.5 million tons to 109.0 million tons, with overburden removal down 5% from 806.4 million bcm to 766.6 million bcm.

The Company’s Mining segment was operated by PT Tuah Turangga Agung. Total coal sales volume in 2015 decreased by 18% to 4.6 million tons, compared to 5.7 million tons in 2014. This has caused a decrease in revenue of Mining segment by 18%, from Rp4.7 trillion to Rp3.8 trillion.

The Construction Industry segment was represented by PT Acset Indonusa Tbk (“ACST”), which was acquired in 2015 with 50.1% share ownership. In 2015, ACST booked net revenue of Rp1.4 trillion and net profit of Rp42 billion. The year performance was mainly driven by lower new contract obtained in 2014 which was only Rp616.0 billion. However, during 2015, ACST has been awarded new contracts as much as Rp3.1 trillion, an increase of 400% compared to full year 2014. Among others, at the moment ACST holds contracts for Thamrin Nine project, West Vista apartment, Indonesia 1 project, Astra Biz Centre at Bumi Serpong Damai, toll gate Mojokerto – Kertosono and renovation of toll gate Cilegon Barat.

The declining price of coal has led to the decrease of heavy equipment sales, coal production and overburden removal. To mitigate these condition, the Company has undertaken several initiatives to reduce dependence on the coal industry and balance its portfolio. Several initiatives have been taken by the Company during 2015, among others were the establishment of the fourth pillar in the area Construction Industry  through the acquisition of PT Acset Indonusa Tbk, as well as exploring opportunities in power plant project by collaborating with Sumitomo Corporation and Kansai Electric Power Co., Inc. to develop and expand the Tanjung Jati B unit 5 and unit 6 power plant projects in Jepara, Central Java, with a total power generation capacity of 2×1,000 MW.

Through these efforts and with strong balance sheet and liquidity, the Company is expected to nurture growth for the future and maintain a balanced portfolio.